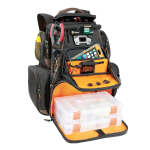 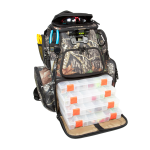 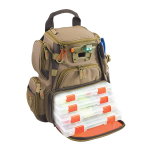 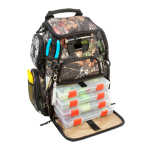 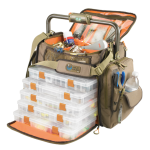 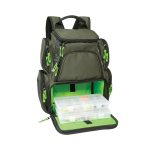 “This is the first of its kind. I thought I’d seen it all, but I’ve never seen anything like a Tackle Tek bag.” 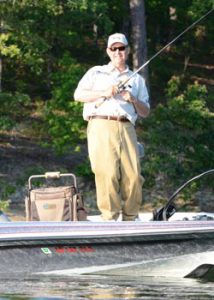 George Cochran grew up in North Little Rock, Arkansas. He spent his early childhood fishing off the family’s backyard boat dock and later fishing from a johnboat in the small lakes of Lakewood subdivision. A neighbor, Pete Jaworski, taught George’s most important fishing and hunting lessons to him. Pete taught George how to be patient, to fish and hunt methodically. The two were a team hunting and fishing together for forty years. These early chapters of George’s life instilled the love and desire of being in the outdoors.

Fishing professionally for thirty years, George now competes in the FLW tournaments. Some of his past accomplishments include winning the Bass Master Classic Championship in 1987 and 1996, and the FLW Forrest Wood Cup Championship in 2005. George loves his professions and loves competing.

George Cochran is one of the most versatile and knowledgeable fishermen on the professional bass fishing circuit. Living close to Lake Hamilton and Lake Ouachita, George is now offering guided fishing trips.

3-Time World Bass Champion, George Cochran, shares 3 tips that can help you catch more fish. In this segment he talks about fishing along a river bank; what to wear, what tackle to use, and where to cast. Some sage advice from the master himself.

Introducing Wild River®, an exciting new brand of outdoor adventure gear developed by CLC®. CLC has over 30 years of experience manufacturing quality work gear for the construction trade including tool belts and tool bags. Now we’re taking that knowledge and expertise and applying it to our new Wild River® gear.